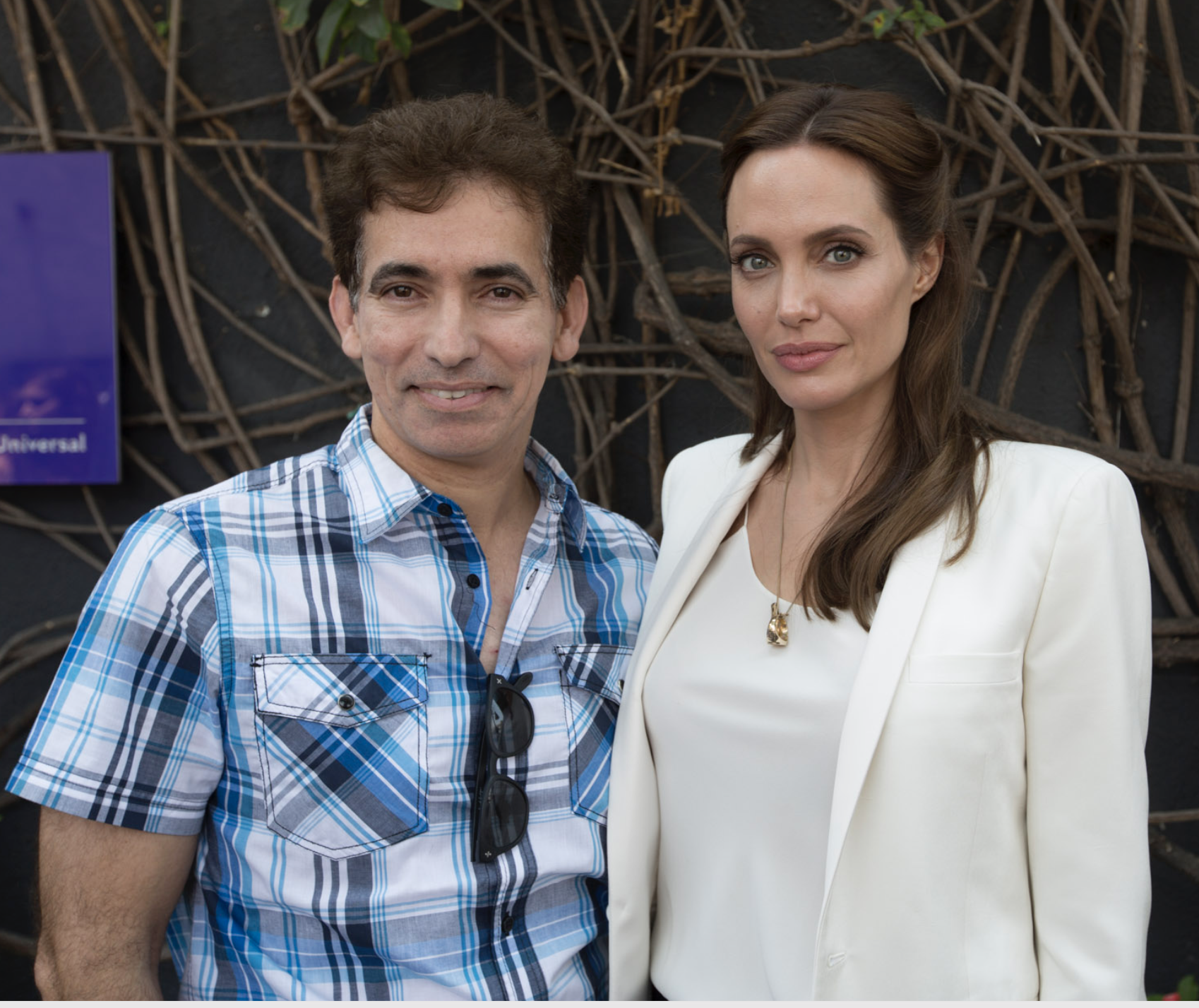 The mounting number of civilian casualties, particularly children,  from the sustained bombardment of Gaza has moved millions around the world, but very few celebrities in Hollywood, who often boast about their humanitarian activities, dared say anything, fearing of being labeled anti semites. And those who had the courage to express sympathy with the suffering of Palestinian civilians and children, such as a Selena Gomez, John Cusack, Madonna, Mia Farrow, Mark Ruffalo were subjected to aggressive attacks and even threats, and dismissed as ignorants, who don’t understand what is going on.

Today I had the chance to speak to  Angelina Jolie, at Universal studios where she is editing her new movie Unbroken. She probably understands world conflicts more than anybody else in Hollywood. As  the UNHCR  Goodwill Ambassador, the Oscar-winning actress has travelled to every corner in the Middle East and visited many of refugee camps in that part of the world, donating millions of dollars and providing moral and political support.

Like millions around the world, Jolie is pained by the images of suffering coming from Gaza. “I just can’t imagine anybody who is not broken-hearted when they see all of these children in so much pain, and as a mother, I can hardly…” she pauses, overcome by emotions. ”I force  myself to watch these news programs and to read the papers, but it hurts, and it’s so deeply sad because there doesn’t seem to be an answer for what we can do. If I knew what I could do or what I could say, to in some way to bring an end to this conflict or help with the cease fire, I would do it in a moment.”

In the meantime, Jolie monitors the situation through UNHCR and through her contacts in different governments, focusing on finding an opportunity to achieve a ceasefire in order to get aid in as quickly as possible into Gaza. “We are trying to be as practical, and urgent and immediate as possible, because the greater political solution is something that I certainly don’t have an answer to, but I pray people keep fighting on working to have a cease fire.”

The majority of the 1.8 million residents in Gaza are refugees,  who were forced to leave their homes from what is now Israel in 1948. In the last 3 weeks, 400 thousand of them have been displaced again by the current fighting. With the number of refugees around the world reaching over 51 million -more than the aftermath of World War II, Jolie warns that money is running out and everybody is on half rations.

The irony is that the country who contributes the largest amount of aid, the United States, is also the biggest exporter of weapons. The destruction in Gaza has been executed by sophisticated American weapons and with the help of American money donated to Israel. Yet, the US is the first country to announce a $45 million donation to Gaza recently.

“Honestly, I think we have to look at the bigger picture of how we are dealing with issues in the world and a rule of law and how better to enforce rule of law and look at human security and not just state security,” Jolie concludes.